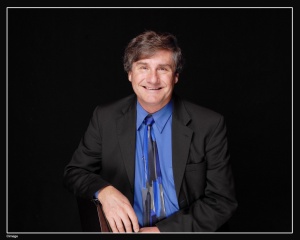 More than 500 people attended the free public talk on Thursday, February 21 at Kahilu Theatre in Waimea, all eager to learn about dark energy.

“No one really knows what dark energy is; it’s a generic term we have for this substance or energy that’s causing this strange behavior in the universe,” said Filippenko. “We thought the universe would be slowing down due to the attractive force of gravity. Instead, we found that a repulsive force – dark energy – is causing the universe’s expansion to speed up with time. This was completely unanticipated and makes dark energy all the more fascinating!”

During his astronomy talk, “Dark Energy and the Runaway Universe,” Filippenko revealed that the most recent data from Keck Observatory and the Hubble Space Telescope yielded an additional surprise – the current rate of expansion is even faster than expected, perhaps showing that dark energy is growing stronger or revealing a new type of fundamental particle.

Filippenko says it’s important to understand the physical origin and nature of dark energy because it dominates the contents of the universe. Astronomers have calculated that this mysterious substance makes up about 70 percent of the total matter plus energy in the universe.

“Alex is one of the most brilliant researchers that we have in our science community. He’s asking profound questions in astronomy and discovering things that we didn’t even imagine existed 10 to 15 years ago,” said Randy Campbell, observing support manager at Keck Observatory. “Dark energy in particular is one of the most important unsolved problems in physics. Alex is a world expert on that; we’re excited to have him here in person to share with our local community the groundbreaking research he conducts right here in Hawaii.”

Keck Observatory Astronomy Talks, supported by the Rob and Terry Ryan Foundation and the Rising Stars Fund, will continue to bring noted scientists to Hawaii for events that are free and open to the public.

The W. M. Keck Observatory telescopes are the most scientifically productive on Earth. The two, 10-meter optical/infrared telescopes atop Maunakea on the Island of Hawaii feature a suite of advanced instruments including imagers, multi-object spectrographs, high-resolution spectrographs, integral-field spectrometers, and world-leading laser guide star adaptive optics systems. Keck Observatory is a private 501(c) 3 non-profit organization operated as a scientific partnership among the California Institute of Technology, the University of California, and the National Aeronautics and Space Administration. The Observatory was made possible by the generous financial support of the W. M. Keck Foundation. The authors wish to recognize and acknowledge the very significant cultural role and reverence that the summit of Maunakea has always had within the Native Hawaiian community.  We are most fortunate to have the opportunity to conduct observations from this mountain.