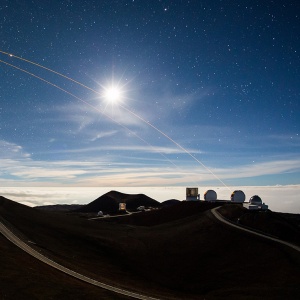 Astronomy on Maunakea originated in community efforts to revive the Hawaii Island economy following the 1960 tsunami that devastated Hilo. It quickly acquired governmental support, especially from Governor John Burns. The University of Hawai`i took a leading role, commissioning the UH 2.2-meter Telescope in 1970. During the 1970s the endeavor became international with the arrival of CFHT and UKIRT. Submillimeter radio astronomy arrived in the 1980s (CSO and JCMT). The four 8-10 meter telescopes (Keck I & Keck II, Subaru, Gemini) were all commissioned during the 1990s followed by SMA, completing the current state of development. The talk will offer a personal perspective on this remarkable story and will conclude with some thoughts about the future.

Q&A: Dr. McLaren’s Answers to Questions from the Online Audience