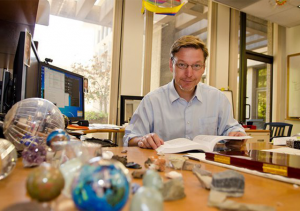 VIRTUAL ASTRONOMY TALK: In the past 175 years, more than 30 separate astronomers have suggested the existence of a giant planet beyond Neptune. They have always been wrong. In 2016, Dr. Michael Brown and Dr. Konstantin Batygin joined the list, suggesting that Planet 9, at a distance perhaps 20 times greater than that of Neptune, is the only plausible explanation for a wide range of phenomena in the distant solar system. He will talk about why they think Planet 9 is real, how they’re continuing to develop their hypothesis, and what they are doing to track down this elusive planet.

Join by zoom at https://bit.ly/Keck-Brown

This talk will also be streamed live on our Facebook Page 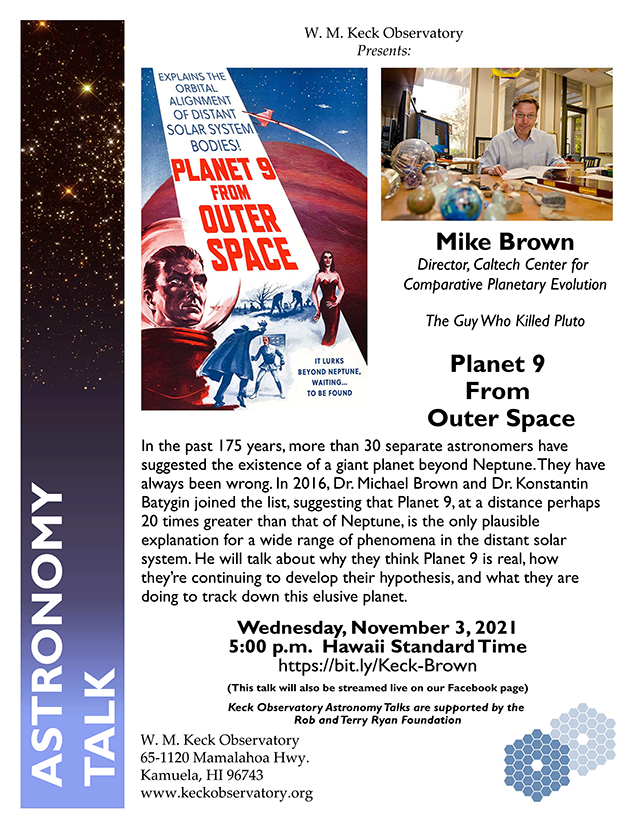