Gary A. Chanan Receives 2020 Award for Advancement of Basic and Applied Science 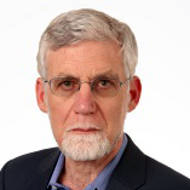 W. M. Keck Observatory congratulates Dr. Gary A. Chanan, a pioneer and innovator in the field of telescope optics who played an important role in the Observatory’s segmented mirror technology. Chanan graduated from Yale in 1970 with a Bachelor of Arts degree in Mathematics and Physics, embarking on a career that would prove foundational to the work of a generation of astronomers.

After earning his Ph.D. in Physics in 1978 from the University of California at Berkeley, Chanan joined the faculty of Columbia University. While at Columbia, he served as principal scientist for one of the first successful scientific experiments deployed via the Space Shuttle program, the solar flare X-ray polarimeter experiment, which flew on the Space Shuttle Columbia in March of 1982.

Chanan moved to the University of California, Irvine (UCI) in 1985. There he would make fundamental and transformative contributions to the design and operation of segmented mirror optical telescopes, particularly Keck Observatory’s twin 10-meter telescopes on Maunakea in Hawaii. Working with a team of UCI and California Institute of Technology scientists, Chanan led the development of the optical sensing and segment phasing system that keeps Keck Observatory’s mirror segments aligned to a precision of several nanometers, an innovation that directly enables the successful operation of the telescopes and makes it possible for these 10-meter telescopes to obtain diffraction-limited images.

The techniques pioneered by Chanan and his colleagues allow correction for atmospheric blurring effects in real time, enabling dramatically improved detection and observation capabilities. These “wavefront sensing” innovations bridge the gap between geometrical optics models and the adaptive optics of physical systems. In practice, they have proven essential not only to the functioning of large telescopes like those at Keck Observatory, but also for maximizing the performance of important older instruments, including the five-meter Hale Telescope at the Palomar Observatory. Chanan has extended his work to a new class of extremely large telescopes, including the design of the proposed Thirty Meter Telescope International Observatory.

In the words of a colleague, “It is impossible to overstate the importance and influence of his work: more than 25 years of Keck Observatory science has directly depended on the telescopes’ ability to maintain the proper mirror figure, and Professor Chanan’s innovations have been fundamental to enabling astronomy at Keck and at other segmented-mirror telescopes… Numerous Yale faculty, students, and researchers are building their careers on the great discoveries they are making at Keck Observatory… Every Keck Observatory discovery and publication by Yale astronomers relies fundamentally on the mirror alignment technology that Dr. Chanan developed and implemented at Keck.”

Chanan’s contributions to the field of optical astronomy have enabled countless observations and insights by a generation of astronomers and will continue to have a profound impact for many years to come. For this reason, the Yale Science and Engineering Association proudly presents Gary A. Chanan ’70 with the 2020 YSEA Award for Advancement of Basic and Applied Science.