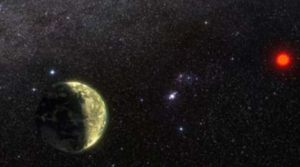 International team of astronomers releases the largest-ever compilation of exoplanet-detecting observations, made from observatory atop Maunakea

MAUNAKEA, HAWAI’I – An international team of astronomers today released a compilation of almost 61,000 individual measurements made on more than 1,600 stars, used to detect exoplanets elsewhere in our Milky Way galaxy. The compilation includes data on over 100 new potential exoplanets. The entire dataset was observed using one of the twin telescopes of the W. M. Keck Observatory on Maunakea over the past two decades. The search for new worlds elsewhere in our Milky Way galaxy is one of the most exciting frontiers in astronomy today. The paper is published in the Astronomical Journal.

“The work of this team and their willingness to share data and techniques unveils a world of new possibilities, vastly increasing the ability of astronomers everywhere to perform in-depth studies of these exoplanet systems,” said Hilton Lewis, Keck Observatory Director. “Our observatory is proud to be the source of these discoveries, thanks to our cutting-edge instrumentation and the unparalleled observing conditions atop Maunakea.”

The astronomers used a highly specialized instrument called the High Resolution Echelle Spectrometer, or HIRES, mounted on the 10-meter Keck-I telescope. The instrument detects tiny wobbles of nearby stars caused by the gravitational pull of planets orbiting those stars -a sensitive and challenging phenomenon to measure. Powerful instrumentation and sophisticated algorithms are needed to extract the signature of the exoplanets.

“HIRES is an incredible tool, part of the suite of sensitive instruments used to perform all kinds of extraordinary observations with our twin telescopes,” said Greg Doppmann, Keck Observatory Support Astronomer. “Our scientific and technical support team brings their A-game daily-a precise focus on even the tiniest details-to ensure that these instruments are ready to deploy for each night of observing.”

Contributors to the international team include representatives from the Carnegie Institution for Science, University of California at Santa Cruz, Yale University, University of Hertfordshire, and Universidad de Chile.