Director’s Message: How Andrea Ghez Won the Nobel for an Experiment Nobody Thought Would Work 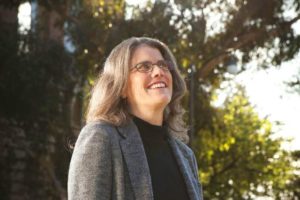 Standing in my office 25 years ago was an unknown, newly minted astronomer with a half-smile on her face. She had come with an outrageous request—really a demand—that my team modify our exhaustively tested software to make one of our most important and in-demand scientific instruments do something it had never been designed for, and risk breaking it. All to carry out an experiment that was basically a waste of time and couldn’t be done—to prove that a massive black hole lurked at the center of our Milky Way.

My initial “no way” (perhaps I used a stronger expression) gradually gave way in the face of her cheerful but unwavering determination. It was my first encounter with a force of nature, Andrea Ghez, one of three winners of this year’s Nobel Prize in Physics, for her work on providing the conclusive experimental evidence of a supermassive black hole with the mass of four million suns residing at the center of the Milky Way galaxy.
That determination and the willingness to take calculated risks has always characterized Andrea. For 25 years she has focused almost exclusively on Sagittarius A*—the name of our own local supermassive black hole. It is remarkable that an entire field of study has grown up in the intervening quarter century, of searching for and finding evidence of these monsters thought to lie at the heart of every large galaxy. And Andrea is without question one of the great pioneers in this search. 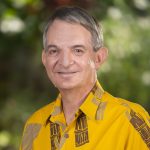