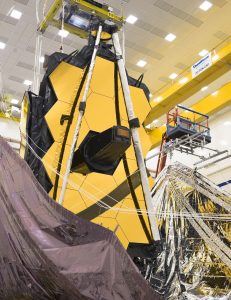 Maunakea, Hawaii – University of Hawaiʻi Institute for Astronomy (IfA) astronomers will play an instrumental role in helping unveil the universe’s very first galaxies, more than 13 billion light years away. This week, NASA announced the first suite of science programs for its groundbreaking James Webb Space Telescope (JWST), set to launch in October 2021. The IfA researchers are part of the “COSMOS-Webb” project, which will be the largest guest observer program in JWST’s first year of operation.

The IfA astronomers will conduct detailed follow-up observations of galaxies seen in the JWST images, using two Maunakea Observatories – W. M. Keck Observatory and Subaru Telescope. The JWST is the largest and most powerful space telescope ever built and will succeed NASA’s Hubble Space Telescope. It is equipped to observe some of the most distant objects in the universe, using upgraded infrared sensitivity and resolution.

”Ground-based observations from Maunakea will be critical for turning the JWST images into a three-dimensional map of the universe,” said David Sanders, lead IfA investigator.

Sanders and his IfA team are part of the newly selected COSMOS-Webb program, comprised of nearly 50 researchers from 30 institutions worldwide, including IfA, the Rochester Institute of Technology (RIT), and University of Texas at Austin (UT Austin). The COSMOS-Webb program will help NASA map the first galaxies formed at “Cosmic Dawn”, when the universe was less than 1/20th of its current age. 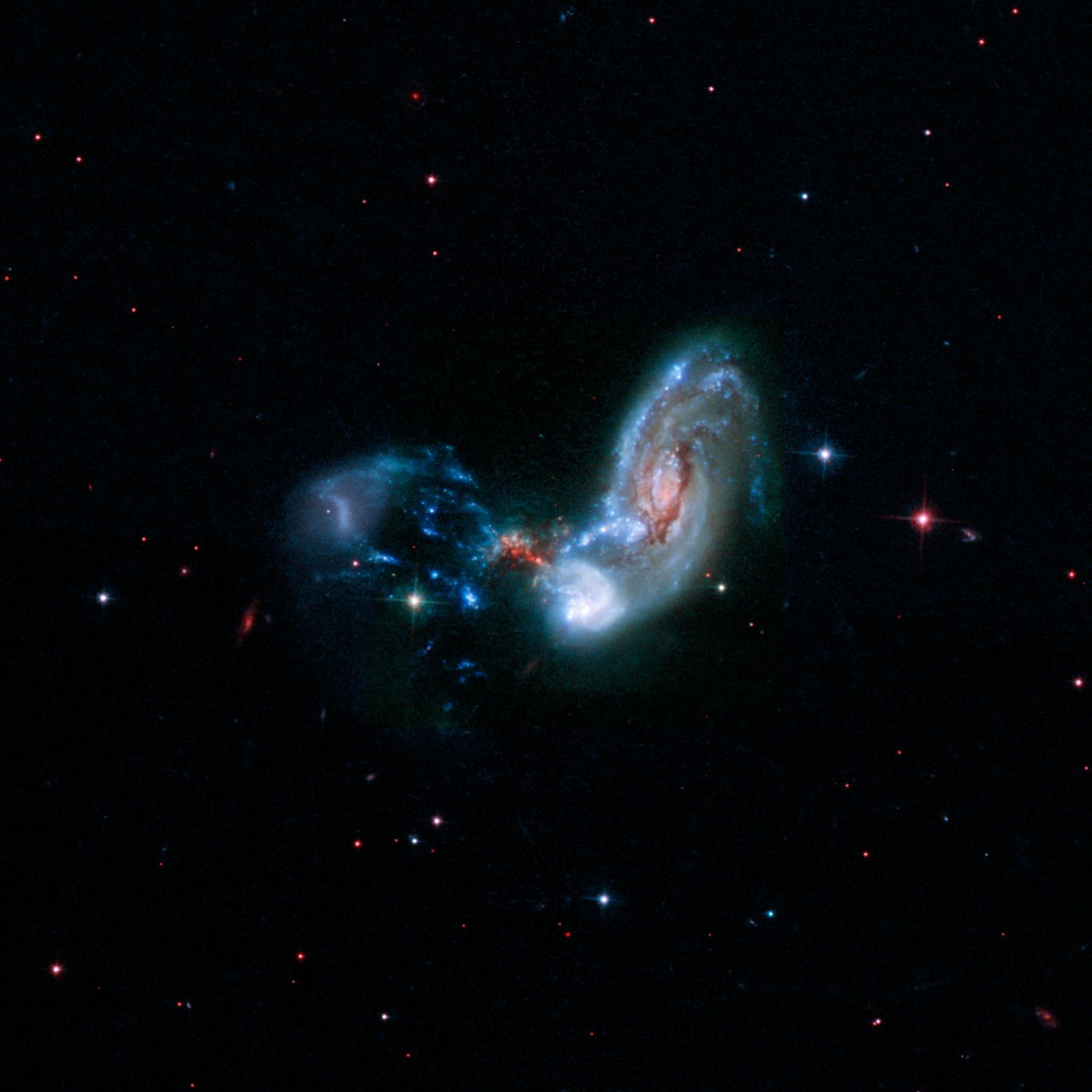 JWST will explore the cores of merging galaxies. Credit: NASA 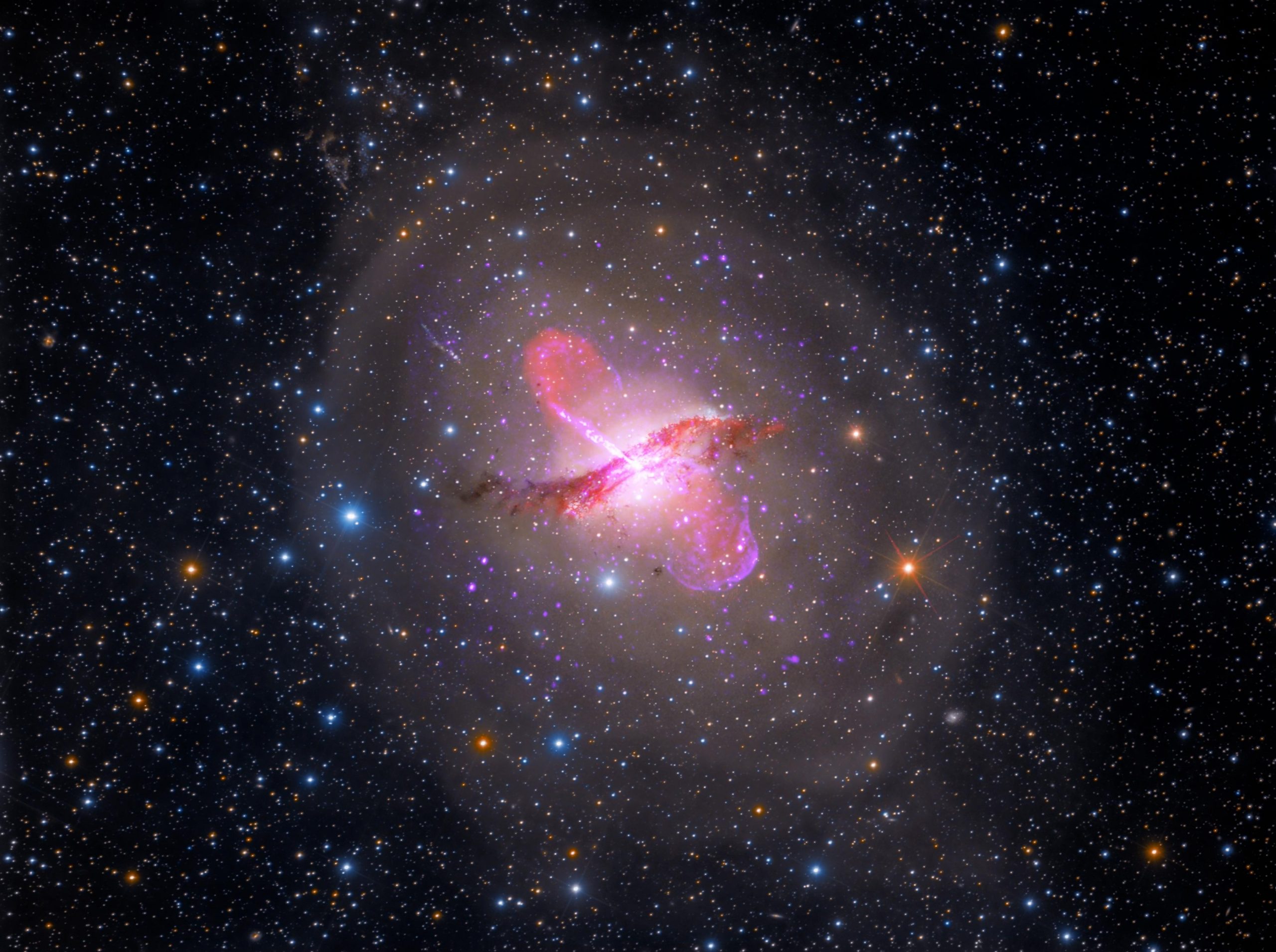 JWST will also map and model the core of galaxies nearby. Credit: NASA

The program will log more than 200 hours of observation time on Maunakea to conduct an ambitious survey of half a million galaxies. An unprecedented 32,000 galaxies will be observed using mid-infrared imaging. Researchers will rapidly release data to the public so it can lead to other studies.

“The sheer scope of our program is so exciting,” said IfA alumna Jeyhan Kartaltepe, a professor at RIT’s School of Physics and Astronomy. “The first year of Webb observations will result in a lot of new discoveries that people will want to explore more in-depth in future cycles.” 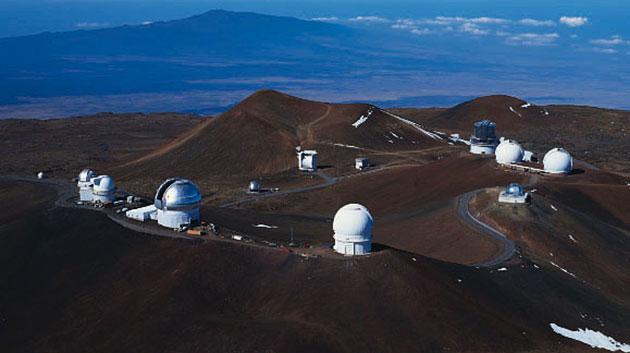 Aerial view of telescopes on Maunakea. Keck Observatory and Subaru Telescope will be used to conduct research for the COSMOS-Webb program.

Much of the earlier research in this specific part of the sky has been centered at the IfA, including the S-COSMOS survey, a deep infrared imaging survey using NASA’s Spitzer Space Telescope. Led by Sanders, the project was an essential precursor to this JWST program.

“COSMOS-Webb has the potential to be ground-breaking in ways we haven’t even dreamt yet,” said former IfA Hubble Fellow Caitlin Casey, now an assistant professor and Cosmos-Webb principal investigator at UT Austin. “You don’t know what treasures are there to find until you use an incredible telescope like Webb to stare at the sky for a long time.”

COSMOS-Webb is one of just 286 general scientific observer programs  NASA selected out of more than 1,000 proposals for the telescope’s first year of science. These specific programs will provide the worldwide astronomical community with one of the first extensive opportunities to investigate scientific targets. JWST is slated to be operational in 2022.

The W. M. Keck Observatory telescopes are among the most scientifically productive on Earth. The two 10-meter optical/infrared telescopes atop Maunakea on the Island of Hawaii feature a suite of advanced instruments including imagers, multi-object spectrographs, high-resolution spectrographs, integral-field spectrometers, and world-leading laser guide star adaptive optics systems. Keck Observatory is a private 501(c) 3 non-profit organization operated as a scientific partnership among the California Institute of Technology, the University of California, and the National Aeronautics and Space Administration. The Observatory was made possible by the generous financial support of the W. M. Keck Foundation. The authors wish to recognize and acknowledge the very significant cultural role and reverence that the summit of Maunakea has always had within the Native Hawaiian community. We are most fortunate to have the opportunity to conduct observations from this mountain.