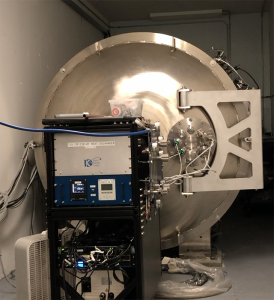 specialized fiber-optic cables bring light from the keck i telescope to the keck planet finder instrument, which is located below the observatory.
Credit: W. M. Keck Observatory

Maunakea, Hawaiʻi – A new planet-hunting instrument at W. M. Keck Observatory has achieved “first light,” capturing its first data from the sky and marking an exciting chapter in the search for Earth-sized planets around other stars, which are extraordinarily difficult to detect due to their small size. Operating on the Keck I Telescope on Hawaiʻi Island’s Maunakea, the Keck Planet Finder (KPF) is the world’s most advanced high-resolution spectrometer for visible wavelengths.

“The advent of KPF marks a major and exciting step forward in our ability to advance the quest to eventually find habitable Earth-like planets around other stars,” said Director Hilton Lewis of Keck Observatory. “We have been awaiting the arrival of KPF for nearly a decade, and we are thrilled to be able to take our already very successful exoplanet discovery program to the next level.”

“Seeing KPF’s first astronomical spectrum was a moving experience,” said Andrew Howard, KPF principal investigator and a professor of astronomy at Caltech. “I’m excited to use the instrument to study the great diversity of exoplanets and to tease apart the mysteries of how they formed and evolved to their present states.”

Last night, on Wednesday, November 9, the KPF team successfully captured a first light spectrum of Jupiter with the next-generation instrument, followed by a spectrum of KPF’s first star, 51 Pegasi, which hosts 51 Pegasi b – the first planet orbiting a Sun-like star that was discovered using the Doppler method. It is now poised to begin observing distant worlds with great precision in an effort to answer one of the most compelling questions in astronomy: are we alone? 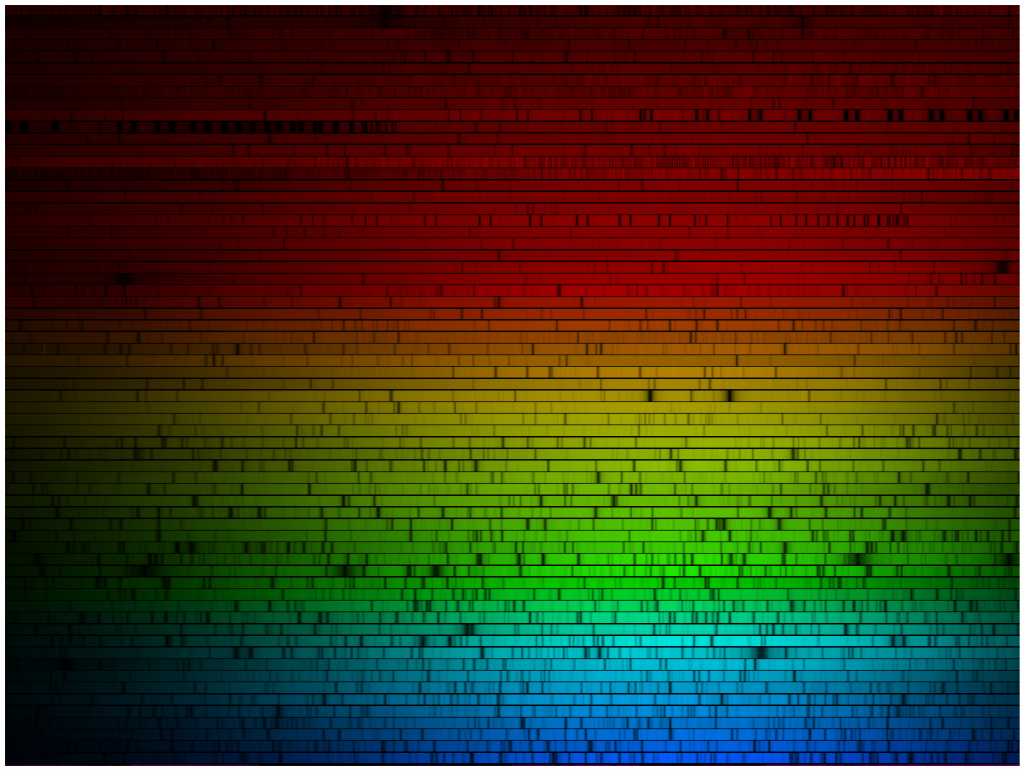 “Prior to the recent exoplanet discovery boom over the last two decades, we did not really know what other planets were out there. We did not know whether our own solar system or our own Earth were common,” said Sherry Yeh, deputy instrument scientist for KPF at Keck Observatory. “We are the first generation who will really understand other planets in our galactic neighborhood.”

About one in five Sun-like stars has an Earth-sized planet in the habitable zone where atmospheric temperatures are conducive to liquid water—the most important precursor for life as we know it.

Using the Doppler Technique—a measurement pioneered at Keck Observatory—KPF will examine and measure exoplanets through the behavior of their host stars. When a planet orbits a star, it exerts a gravitational force that causes the star to “wobble.” KPF will look for this stellar wobble, which astronomers can then measure to infer the mass and density of the planet that is tugging at the star.

The less massive the planet, the smaller the wobble of the star, and the more challenging it is to catch the starlight shifting to and fro. KPF is designed to address this challenge; once fully-commissioned, it will be able to detect stars moving back and forth at a rate of only 30 centimeters/second. To put the power of KPF into perspective, its predecessor, Keck Observatory’s current planet-hunting instrument called the High-Resolution Echelle Spectrometer (HIRES), detects stellar motions of 200 centimeters/second.

“The challenges of making measurements like this would have been seen as insurmountable just a few decades ago,” said Josh Walawender, instrument scientist for KPF at Keck Observatory. “KPF is the result of an astonishing amount of human ingenuity which has been applied to solving problems and bypassing obstacles to our understanding of the universe around us.”

What sets this state-of-the-art spectrometer apart is that it is made out of an unusual type of glass-ceramic hybrid material called Zerodur – the same material used to fabricate Keck Observatory’s iconic primary mirror segments. Manufactured by the company Schott AG, Zerodur maintains its shape regardless of fluctuations in temperature. This thermal stability is key to KPF because any movement in the instrument can lead to false signals that appear to be Doppler shifts from stars. By reducing thermal movements, KPF can detect and characterize exoplanets with unparalleled efficiency.

“This is the first spectrometer to integrate Zerodur into its design,” said Howard. “The material, which comes in giant slabs, is very fragile and hard to work with, but it is what makes KPF so sensitive to smaller planets.” 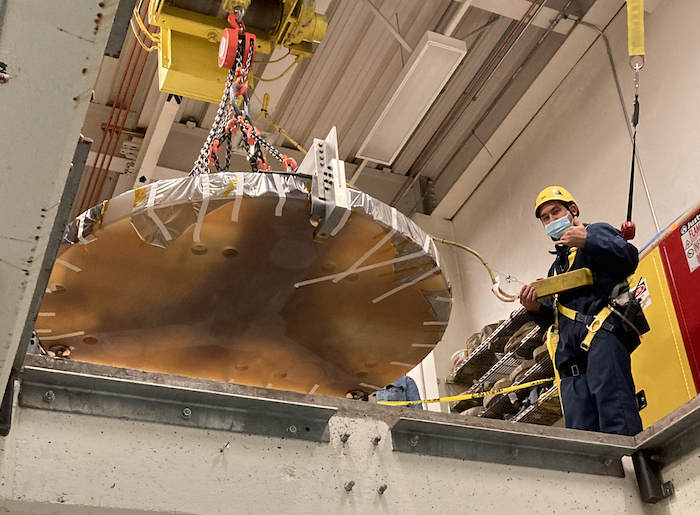 James Chong, infrastructure technician at Keck Observatory, assisting with the delicate lift of the Zerodur optics bench into the observatory basement where the instrument resides. Credit: W. M. Keck Observatory

Conceived in 2014, KPF is specifically designed for Keck Observatory as a critical complement to NASA’s existing planet-hunting telescopes including Kepler, TESS (Transiting Exoplanet Survey Satellite), and the Nancy Grace Roman Space Telescope, which survey thousands of exoplanets in search of worlds like our own. The most likely candidates will then be studied more closely using ground-based telescopes like Keck Observatory, which can gather detailed images and spectra to better understand atmospheric biosignatures—key indicators of temperature and what kind of gases are present.

Scientists and engineers spent the last several months installing and calibrating the new spectrograph at Keck Observatory’s Maunakea facility. Prior to this, components of KPF were assembled at UC Berkeley’s Space Sciences Laboratory and at Caltech.

“To me, KPF represents one of the very best traits of humankind: the humble desire to see and learn about the universe that surrounds us and thus better understand the place where we live,” said Walawender.

KPF will be available to the scientific community for exoplanet research beginning in Spring 2023.