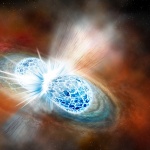 Astronomy Talk: Shining Light on Gravity: Sometimes All That Glitters IS Gold

In 1916, Albert Einstein predicted the existence of gravitational waves, a radiant form of energy similar to light, but caused by gravity. A century later, scientists detected the first gravitational waves from two merging black holes. This landmark discovery and new way of viewing the universe resulted in the 2017 Nobel Prize. On August 17, […] 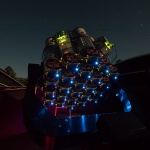 They are so ghostly that you can see right through them! They look unlike any other galaxies we’ve seen before. Learn about these “ultra-diffuse” galaxies, an entirely new class of galaxies that Dragonfly, the little telescope in New Mexico, has discovered. They are as large as our own Milky Way but have 100-1000 times fewer […] 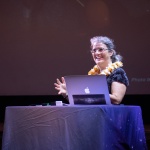 Astronomy Talk: The Monster at the Heart of our Galaxy – Andrea Ghez

Discover this year’s exciting new developments in unraveling the mysteries of supermassive black holes.  Through 20 years of high-resolution imaging, the UCLA Galactic Center Group proved that a supermassive black hole exists at the center of our galaxy.  Recent observations reveal an environment around these gigantic cosmic monsters that was unexpected: young stars where there […] 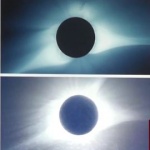 Current estimates are that over 150 million Americans viewed the Great American Solar Eclipse on August 21, 2017 with another 60 million viewing it electronically from TV or the internet. It’s amazing to think that we are still using this opportunity to do new and exciting science even though eclipses are a regular occurrence. Eclipses […] 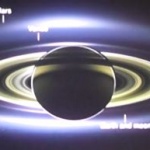 Over the last 50 years, JPL spacecraft have visited every planet in our solar system and roved for more than 14 years on the surface of Mars. In addition, spaceborne telescopes have detected planets around neighboring systems, studied the composition and dynamic of galaxies across the Universe, and monitored changes in our planet’s surface and […] 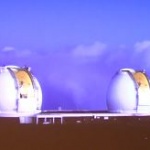 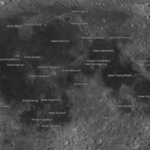 Brian Day will give a demonstration of the lunar and planetary mapping and modeling portals his team developed at NASA. He will take the audience on a tour of potential landing sites that NASA is considering for future missions to the Moon and Mars. He will also examine how the giant asteroid Vesta was almost […] 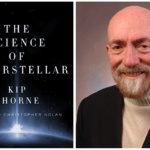 How scientifically accurate is the blockbuster film Interstellar? Dr. Kip Thorne will take you behind the scenes of the movie and explain how he helped Hollywood turn science fact into science fiction. Dr. Thorne is a world-renowned theoretical astrophysicist. He is one of three scientists who recently won the 2017 Nobel Prize in Physics for […] 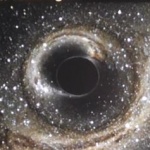 The first direct detections of gravitational waves in late 2015 were made possible by a dedicated forty year quest to design, build, and operate LIGO, the Laser Interferometer Gravitational-wave Observatory. Why so long?? Dr. Reitze will discuss what makes gravitational waves so difficult to detect and at the same time such powerful and unique probes […] 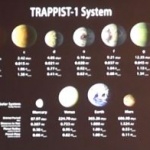 Is life most likely to emerge at the present cosmic time near a star like the Sun? Dr. Loeb will review the habitability of the Universe throughout cosmic history from the birth of the first stars 30 million years after the Big Bang to the death of the last stars in the ten trillion years. […]