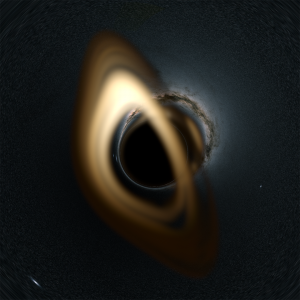 Maunakea, Hawaiʻi – Astronomers using two Maunakea Observatories, W. M. Keck Observatory and the Gemini North telescope, have found the closest known black hole to our planet. Located a mere 1,560 light-years away from Earth in the constellation Ophiuchus, the black hole, named Gaia BH1, is three times closer to us than the previous record-holder.

The new study, which includes data from Keck Observatory’s High-Resolution Echelle Spectrometer (HIRES) and Echellette Spectrograph and Imager (ESI), is published in the journal Monthly Notices of the Royal Astronomical Society.

A research team led by the Max Planck Institute for Astronomy (MPIA) made the discovery by tracking Gaia BH1’s companion – a bright Sun-like star that orbits the black hole once every 185.6 days at about the same distance as the Earth orbits the Sun.

“Take the solar system, put a black hole where the Sun is, and the Sun where the Earth is, and you get this system,” said lead author Kareem El-Badry, an astrophysicist at MPIA and the Harvard & Smithsonian Center for Astrophysics. “While there have been many claimed detections of systems like this, almost all these discoveries have subsequently been refuted. This is the first unambiguous detection of a Sun-like star in a wide orbit around a stellar-mass black hole in our galaxy.”

Stellar-mass black holes form when dying massive stars collapse in on themselves. To find these dark, hard-to-detect objects, El-Badry’s team combed through data from the European Space Agency’s (ESA) Gaia spacecraft, which is designed to measure the motion of one billion stars in the Milky Way as they orbit around the center of our galaxy.

One star’s behavior caught the team’s attention; its orbit was larger than expected for its orbital period, suggesting the presence of a massive, unseen companion. For a more detailed look, the researchers conducted follow-up observations at several ground-based telescopes, including Gemini North and Keck Observatory in Hawaiʻi, and determined the star’s companion is a black hole that is 10 times more massive than the Sun.

“I have been searching for a system like Gaia BH1 for the last four years, trying all kinds of methods – but none of them worked,” said El-Badry. “It has been elating to see this search finally bear fruit.” 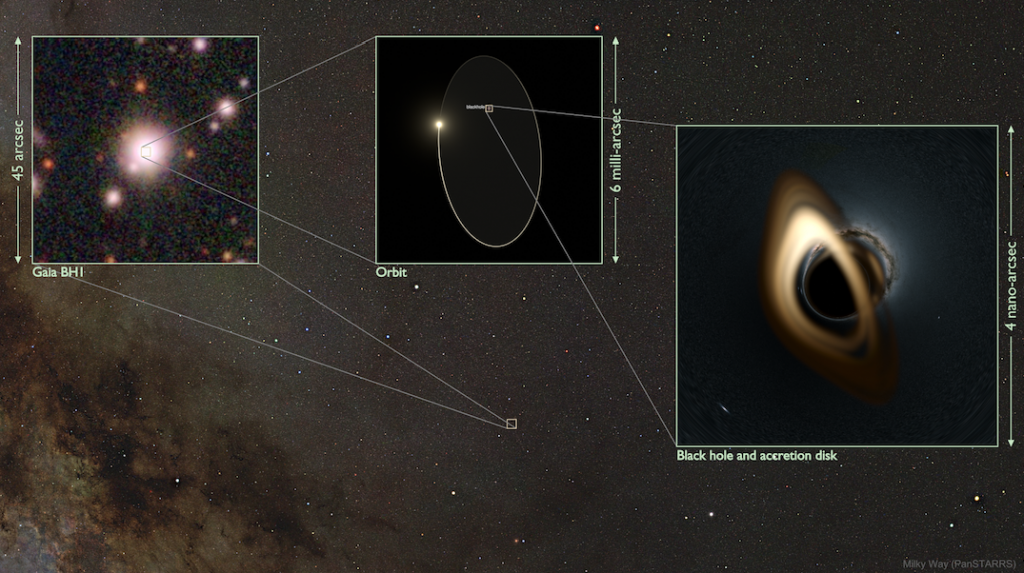