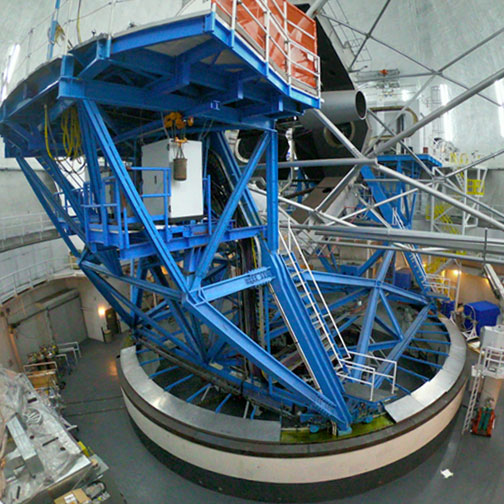 We have reached a milestone regarding the hydraulic fluid seepage at our Maunakea facility that was discovered in April 2018 and subsequently fully contained. The Hawaii State Department of Health (HDOH) has issued a “no further action with institutional controls (NFA with IC)” letter, bringing the investigation, reporting, and findings phase of this issue to a close.

Since the discovery of the seepage, W. M. Keck Observatory has made it a top priority to manage the issue responsibly and with complete transparency.  Keck Observatory took immediate action to fully contain the seepage, immediately notifying the HDOH, the Office of Maunakea Management (OMKM) and the Department of Land and Natural Resources (DLNR). Measures were taken to permanently prevent any further release by installing a sealant into the one-inch wide gap identified as the pathway through which hydraulic fluid traveled to the ground below; regular inspections have also been instituted.

Through our dedicated webpage, our social media platforms, media releases, and personal outreach to community members and stakeholders, we have worked to be as forthcoming as possible during the investigation process. Detailed updates were posted in real-time to www.keckobservatory.com/responsibility, all of which have been archived in their entirety.

The HDOH’s decision to grant an NFA with IC, issued in late March 2019, was in response to a report filed by MFA on Keck Observatory’s behalf. The report, which consists of an Environmental Hazard Evaluation (EHE) and Environmental Hazard Management Plan (EHMP),  found the site to meet the following guidelines for an NFA:

The NFA with IC determination means oversight for future work is the responsibility of the owner/operator. HDOH oversight is not required, provided that specific conditions are followed:

The NFA with IC was granted in response to our March 18, 2019 submission of a revised EHE/EHMP. The report, prepared by MFA, was originally submitted to the HDOH on November 9, 2018, then revised per DOH’s request to clarify the magnitude of contamination and provide greater detail on monitoring and inspections.

The key findings of the report included:

Keck Observatory is grateful for the HDOH’s clear guidance and thoughtful oversight. We deeply appreciate the responsibility and privilege of conducting scientific research atop Maunakea and we approach our work with deepened commitment to continue good stewardship of the mountain into the future.