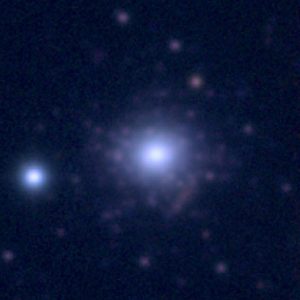 the discovery of rbc ext8 challenges theories that massive globular star clusters could not have formed at such low metallicities.
Credit: ESASky/CFHT

The stars in the cluster, called RBC EXT8, have on average 800 times less iron than our Sun and are three times more iron-poor than the previous globular cluster record-holder. RBC EXT8 is also extremely deficient in magnesium.

The study, led by Søren Larsen of Radboud University in the Netherlands, is published in today’s issue of the journal Science.

“I’m amazed that this remarkable star cluster was just sitting under our noses. It is one of the brightest clusters in the Andromeda galaxy and known for decades, yet no one had checked it out in detail,” said Aaron Romanowsky, a University of California Observatories (UCO) astronomer and professor at San José State University’s Physics and Astronomy Department who co-authored the study. “It shows how the universe still has many surprises for us to discover. It also reminds us to check our assumptions – in this case, it was assumed enough clusters had been investigated to know how anemic they can be.”

A globular cluster is a large, dense collection of thousands to millions of ancient stars that move together as a tight-knit group through a galaxy. Until now, astronomers thought large globular clusters had to contain a considerable amount of heavy elements.

Hydrogen and helium are the two main elements created after the Big Bang. Heavier elements such as iron and magnesium formed later. Finding a massive globular cluster like RBC EXT8 that is extremely impoverished in metals defies current formation models, calling into question some of our ideas about the birth of stars and galaxies in the young universe. 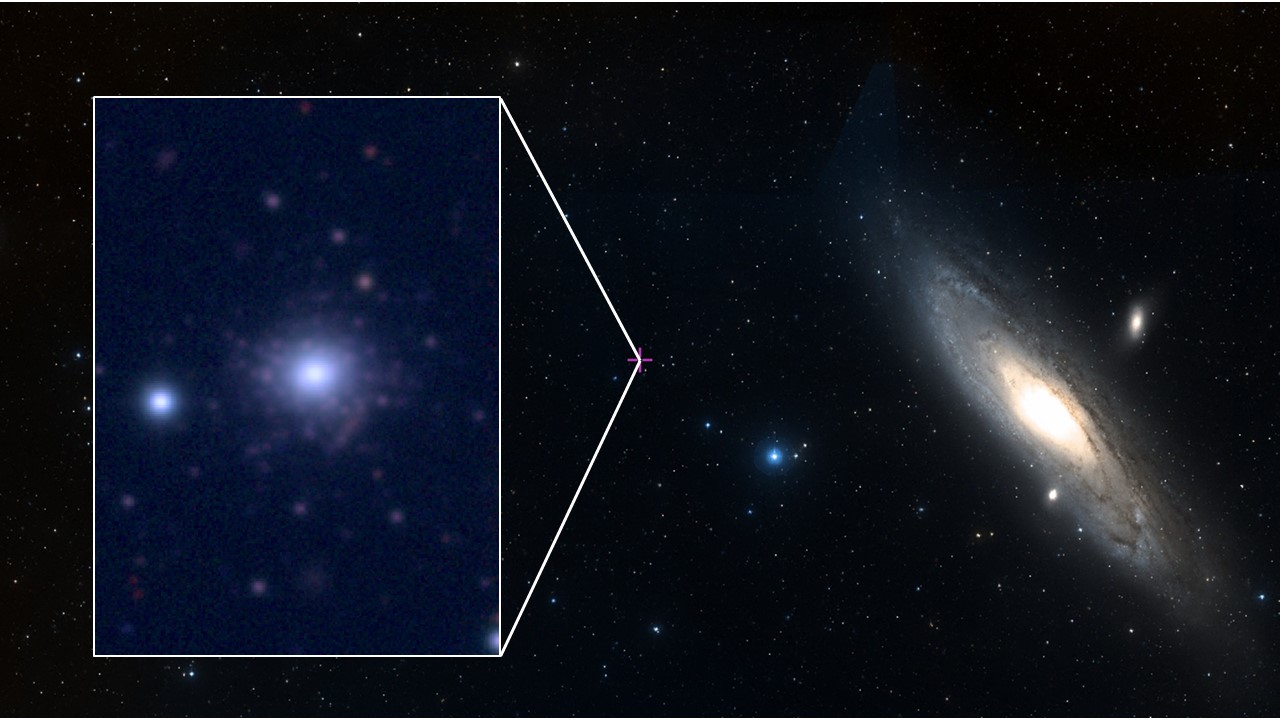 “Our finding shows that massive globular clusters could form in the early universe out of gas with only a small ‘sprinkling’ of elements other than hydrogen and helium. This is surprising because such pristine gas was thought to be in building blocks too small to form such massive star clusters,” said Larsen.

“This discovery is exciting because the idea of a ‘metallicity floor’ for globular clusters, that must contain some minimum amount of heavy metals, underpinned so much of our thinking about how these very old star clusters formed in the early universe,” said co-author Jean Brodie, Director, Centre for Astrophysics and Supercomputing at Swinburne University and Professor Emerita of Astronomy and Astrophysics at UCO. “Our finding contradicts the standard picture and that is always fun!”

The researchers observed RBC EXT8 using Keck Observatory’s High-Resolution Echelle Spectrometer (HIRES) in October of 2019. The globular cluster was not originally on the program, but Larsen’s team had a couple of hours of observing time left and decided to aim the Keck I telescope at the cluster, whose stellar content had not yet been studied in detail. The team made spectroscopic observations to determine RBC EXT8’s metal content and used three archive images from CFHT to determine its size and estimate its mass. Their remarkable result came as quite a surprise.

“It is observationally challenging to obtain a detailed analysis of the chemical composition of globular clusters in the Andromeda Galaxy, which is in the Northern Hemisphere of the sky,” said Brodie. “The HIRES capability at Keck is uniquely well-suited to meet this challenge.”

In the future, the researchers hope to find more “metal-lite” globular clusters and solve the mystery about their origin.

The High-Resolution Echelle Spectrometer (HIRES) produces spectra of single objects at very high spectral resolution yet covers a wide wavelength range. It does this by separating the light into many “stripes” of spectra stacked across a mosaic of three large CCD detectors. HIRES is famous for finding exoplanets. Astronomers also use HIRES to study important astrophysical phenomena like distant galaxies and quasars, as well as find cosmological clues about the structure of the early universe, just after the Big Bang.