Astronomy Talk: The Past, Present, and Future of Space Telescopes 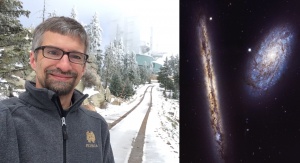 Maunakea Observatories are among the most powerful ground-based telescopes in the world.  They become even more powerful when combined with the use of telescopes in space, allowing astronomers to explore the extremes of the universe.  As the best-known space observatory – the Hubble Space Telescope – approaches its 30th year in operation, Professor Howk will describe why we send telescopes into space and share some of his own personal history with Hubble. He’ll also discuss the grand ideas astronomers are considering next, telescopes that will surpass Hubble’s capabilities in nearly every way.