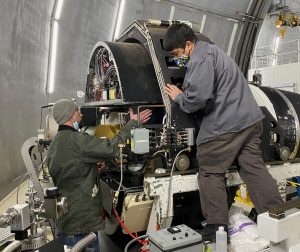 The instrument team tasked with the LRIS rescue mission has completed a 2-night engineering run; within hours of the first night on Tuesday, April 27, they achieved first light with a crisp image of the galaxy Messier 58.

LRIS is most known for enabling supernovae research that revealed the universe is expanding at a faster rate  – a discovery that won the 2011 Nobel Prize in Physics. 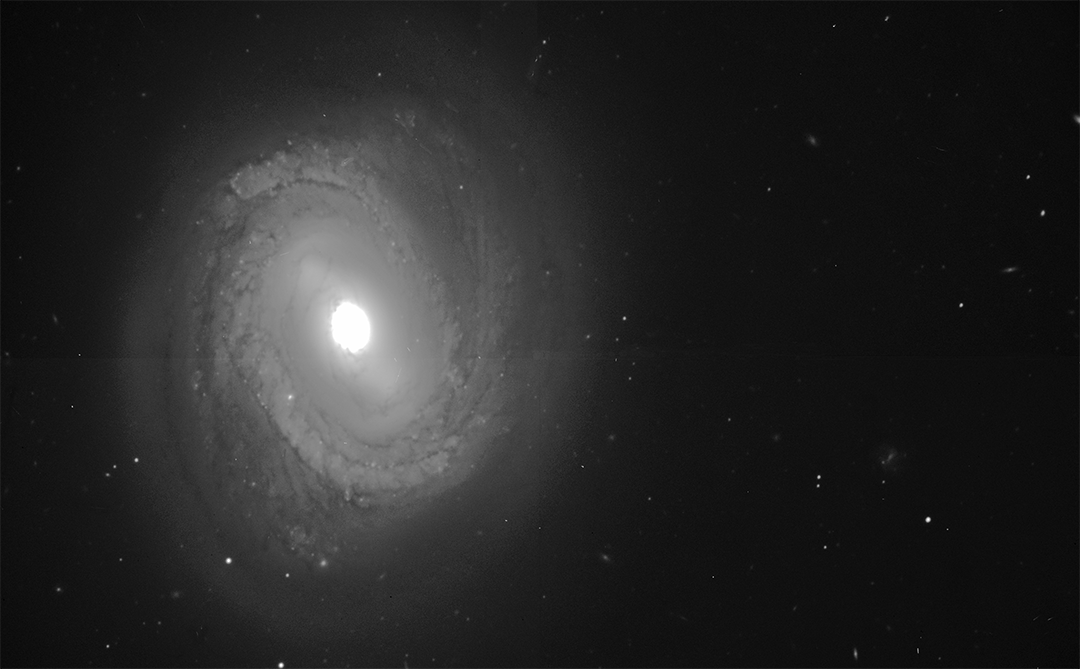 Built at Caltech and commissioned 28 years ago, LRIS is one of Keck Observatory’s oldest instruments. The spectrometer ‘sees’ in the visible band of the electromagnetic spectrum; its most notable feature is its high sensitivity to both red light (longer wavelengths) and blue light (shorter wavelengths), which LRIS captures simultaneously using two separate cameras working together. Last year, the red side began failing. To save LRIS, the Keck Observatory-UC Santa Cruz instrument team developed a new, replacement red detector system.

“This was a real opportunity to put some of the best new detector technology in LRIS, and it was wonderful to see that first image come in and know we will keep LRIS on sky doing great science,” says Principal Investigator Connie Rockosi, associate director of UC Santa Cruz Technical Laboratories.

“LRIS requires very high maintenance but despite its age, no one wants to give it up,” says LRIS Instrument Scientist Luca Rizzi, lead astronomer for scientific software at Keck Observatory. “It is such an important instrument, astronomers love to take good care of it and put in the time for it. Mahalo and congratulations to the entire upgrade team for bringing back its red superpowers!”

With installation and commissioning now complete, LRIS will be available to the Keck Observatory science community beginning May 7. 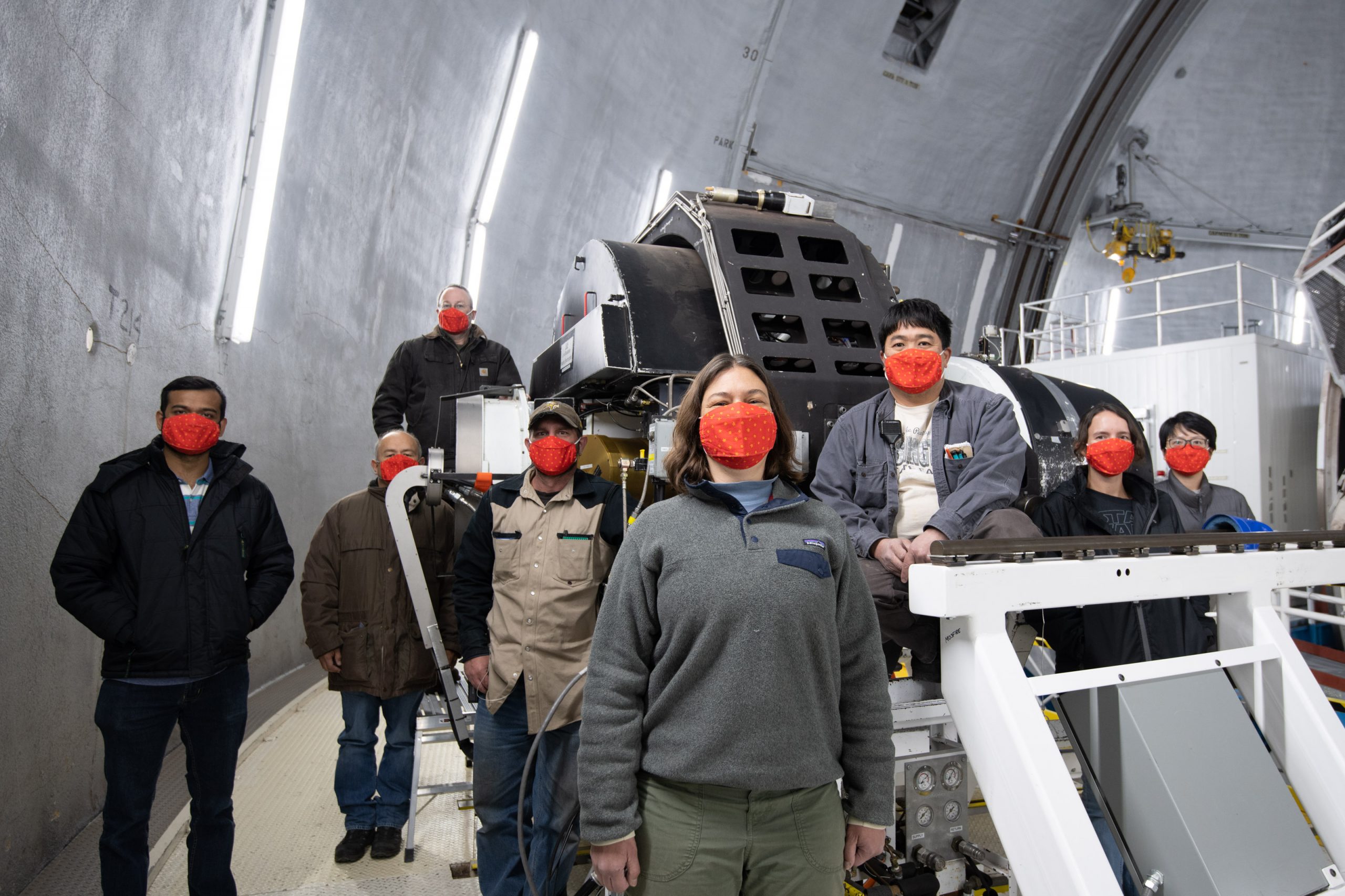 The W. M. Keck Observatory telescopes are among the most scientifically productive on Earth. The two 10-meter optical/infrared telescopes atop Maunakea on the Island of Hawaii feature a suite of advanced instruments including imagers, multi-object spectrographs, high-resolution spectrographs, integral-field spectrometers, and world-leading laser guide star adaptive optics systems. Keck Observatory is a private 501(c) 3 non-profit organization operated as a scientific partnership among the California Institute of Technology, the University of California, and the National Aeronautics and Space Administration. The Observatory was made possible by the generous financial support of the W. M. Keck Foundation. The authors wish to recognize and acknowledge the very significant cultural role and reverence that the summit of Maunakea has always had within the Native Hawaiian community. We are most fortunate to have the opportunity to conduct observations from this mountain.